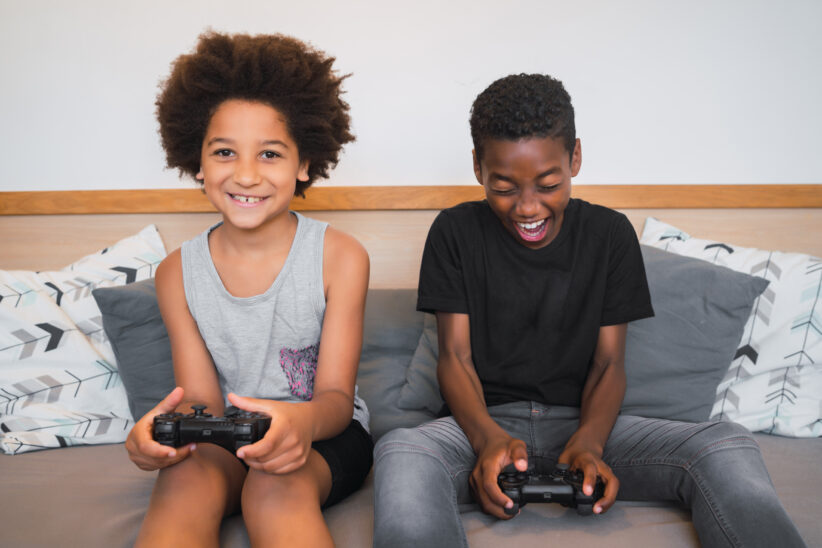 The never-ending debate over the social and intellectual benefits of kids playing video games just got a little juicier thanks to a group of Swedish researchers who studied the gaming habits of almost 10,000 U.S. children.

Gaming is great for young noggins. The two-year study found that children who spend above-average time playing video games saw their intelligence rise above average. Sweden’s Karolinska Institute was quick to add that not all screen time is equal. Spending excessive amounts of time watching TV or social media had neither a positive nor a negative effect on cognitive development.

The institute’s team, supported by staff from Vrije Universiteit Amsterdam, dove into the impact of gaming in the face of the ongoing debate over the benefits of screen time. The researchers want to study the link between extended screen watching and intelligence.

The program got its results by studying data from psychological tests designed to gauge cognitive abilities. Approximately 9,000 boys and girls ages 9 and 10 participated in the initial round of tests, and more than half of these retook the examinations two years later. Parents monitored how much time their children spent watching television, engaging in social media and playing video games.

On average, the children involved spent 2.5 hours a day watching TV, 30 minutes on social media and about an hour playing video games. Those who played more video games than usual saw their IQ increase about 2.5 points above average.

The study has its limitations. Video games, for example, may not be the cause of the above-average rise if IQ. The increased interest in gaming may not relate to cognitive development. In addition, the research only covered U.S. children and didn’t differentiate between different types of video games.

“We didn’t examine the effects of screen behavior on physical activity, sleep, wellbeing, or school performance, so we can’t say anything about that,” explained Torkel Klingberg, professor of cognitive neuroscience at Karolinska. “But our results support the claim that screen time generally doesn’t impair children’s cognitive abilities and that playing video games can actually help boost intelligence. This is consistent with several experimental studies of video-game playing.”

“We’ll now be studying the effects of other environmental factors and how the cognitive effects relate to childhood brain development,” Klingberg added.

Regardless of the outcome of the additional research, the results to date will increase the fiery debate over the impact of gaming on children and adolescents.